Did you hear the one about the audience fighting back?
Only from the laughter – courtesy of Peel Talent’s hilarious new show, Don’t Panic!

Following first class reviews from its opening events in 2019, our brand new Dad’s Army style variety tribute show, Don’t Panic will launch across theatres nationwide from March. Uniquely bringing all the characters and laughs of the original TV show back to life, this is live comedy at its very best.

With hilarious slapstick moments and fun audience interaction at its heart, this comedic tribute to the home guard is guaranteed to delight audiences young and old. 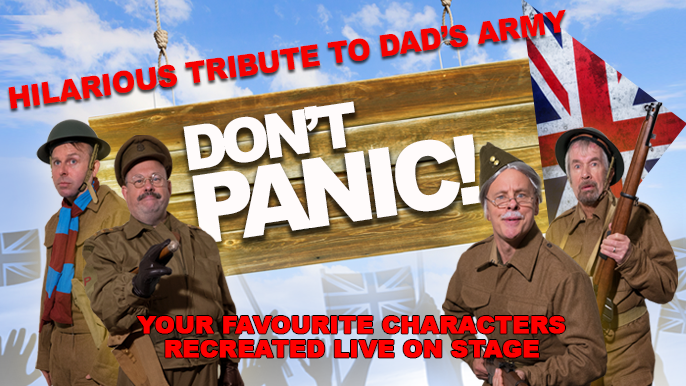